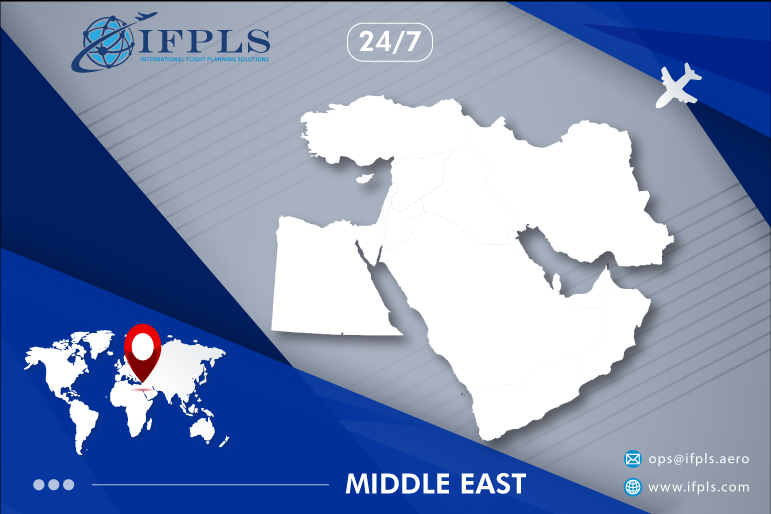 Middle East is the hottest region in the world politically and economically, now adays, Middle east countries are the center of the political conflicts and the source of most of the energy, oil, natural resources and geostrategic locations.

there is huge conflicts between the Middle east countries, but these conflicts didn't affect the aviation sector as much as the bad effects caused by new generation of Corona Virus, as flying through the Middle East became complicated and require advance planning for your route, hundreds of flights have been canceled, millions of middle eastern citizens are prohibited to travel in the middle east, which causes loses in the general business. Here we will introduce some of the new regulation issued by the Civil Aviation’s in the middle east.

Lebanon Civil aviation stopped any flight operating from or to the following countries: China, South Korea, Italy and Iran, also prevented any transit passenger who is coming from the mentioned countries to use Lebanon as transit station.

Iraq Civil aviation stopped any flight operating from or to the following countries: China, South Korea, Italy and Iran as well. Most of the flights of different Iraqi airlines have been suspended due to banning flights from Iraq as well.

UAE suspended all flights from China, Iran, Bahrain and the list of banned countries maybe expanded based on the virus expanding situation.

Jordan CAA Suspended all flights operating to Iran and Baghdad Airport temporarily, while flights to other Iraqi cities were not affected and operating normally.

The Omani Public Authority of Civil Aviation (PACA) has suspended all civilian flights to and from China and Iran. Additionally, at all ports of entry into Oman, travelers are required to complete a travel history declaration form to submit for inspection with Omani officials. If COVID-19 continues to spread internationally, PACA may introduce additional flight restrictions.

Turkish airlines has suspended its flights to Nakhichevan, China, Iran, foreign people who were in China or Iran's northern city of Qom in the last 14 days will not be granted entry to Turkey.

it is worth mentioning that, most of countries in the middle east and all over the world restricting any passenger regardless of his nationality, if he/she was in Iran, China or any other infected country, the local authorities are generally preventing them from entering unless they have spent at least 14 days outside the infected country or quarantined them for 14 days.

If you may require any further information, or any help with your flights to the middle east, please don’t hesitate to contact IFPLS team : [email protected]

This Article Published on 29-Feb-20

Some or all above information maybe not valid after while of time, such temporary regulations related to COVID-19 may be changed at any time.

For information or confirmation about the NOTAMS related to this article, please contact: [email protected]